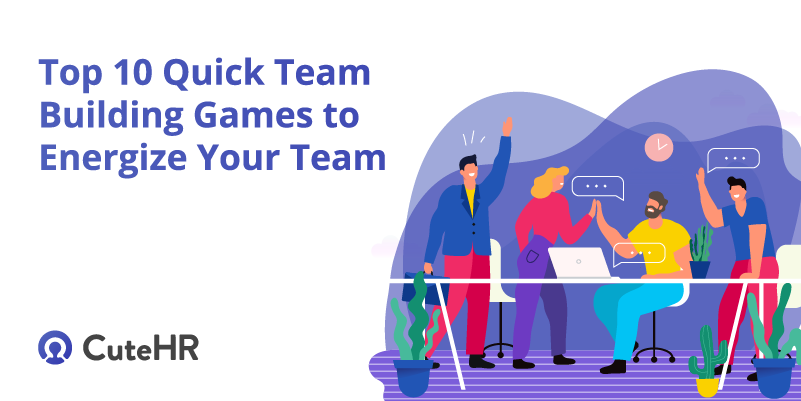 How successful an organization can be, is dependent mainly on teamwork: how well a team of employees can work together. This concept has been the secret of many large and successful companies over the years. One major company famous for its pampering to foster teamwork among its employees is Google. Google stands out among its peers when it comes to coming up with different ways for improving collaboration. In 2014 Google was named the “best company to work for” by the great place to work institute and Fortune magazine for the fifth time. As a result of various team building games and activities are done by companies like Google to improve the teamwork of their employees, they have been able to reap significant rewards like global recognition and large profits.

A popular way of achieving maximum cooperation and teamwork in a company is team building exercises. Team building games are not only educational, but they are also fun and enjoyable. They create an avenue for employees to get to know one another: learn how each person thinks, their strengths, weaknesses, and how they solve problems.

We cannot overemphasize the benefits of team building games and exercises. Some obvious benefits include:

Here are a few team building games that might be beneficial in your workplace:

This team-building game is especially useful in strengthening the sales team of a company. It can also provide an avenue for team members to practice negotiating and strategizing skills.

Different groups or teams are given different jigsaw puzzles with each puzzle having pieces of other problems mixed in at random. Each unit has to negotiate and strategize by assigning roles to every member of the team. This role assignment is to bargain with other groups to get pieces of their puzzle to complete it. In playing this game, employees are grouped into a team of 4-5 members, making sure each side end up with the same number of members. Then a puzzle is given to each team containing pieces of other team’s problem. This team-building game helps to improve the negotiating ability of employees while fostering teamwork.

Have a look at this video to know how it is played.

In this team building game, you create a hypothetical electric fence by tying a rope of a shoestring to two chairs or other objects.  Generally, the height of the wall is always at the waist level. Different teams must cross over without touching it. Team members are not allowed to cross the fence by going under and while crossing, he/she must be touching another member of the team. This game can motivate your employees to come up with out of the box ideas, and it puts their problem-solving skill to the test.

This team-building game requires various handheld objects, and several blindfolds are needed. The number of people who can participate in the game ranges from 4-10 in teams of twos.

This game also requires an open space such as a parking lot or a park. The objects are placed randomly across this area. A member of a team puts on a blindfold. Another person in the group must lead his/her teammate from one side of the open space to the other using verbal instructions only. The blindfolded teammate must do this without stepping on any object, and the person blindfolded must not speak at all.

Truth and Lie as one of the team building games

The number of participants in this game could be five or more. The participants are made to sit in a circle facing each other. Everyone has to come up with three facts about themselves. One must be a real fact, and the other two must be lies. It’s best if the false points are more realistic. Each person takes turns to state the three characteristics in an orderly sequence from a spot in the circle. They do this without revealing which fact is the lie. After sharing the three points, the other participants must guess which is the lie.

For new teams, this game could be an ice breaker. It helps in eliminating quick judgments of colleagues as well as giving introverts an equal chance to reveal something about themselves.

Blind drawing requires at least two participants. You divide everyone into groups made of two members each. Each member of a team is prepared to sit with their back to each other. You give a pen and paper to a teammate and a picture to the other. Without saying what the image is, the member with the photo describes the sketch to the other teammate. For instance, if the image is one of a lion, the teammate with the picture can explain it by saying, “it’s the king of the jungle.” This game also requires a time limit ranging from 10-15 minutes.

This team-building game, Blind drawing, focuses on communication and interpretation between teammates.

Materials needed for this game included just some pencils, strings, and a water bottle. To play this team building game, tie one end of the eraser-end of the pen, and tie the remaining two open ends around the waist of two teammates with their backs to each other. Both participant then moves background to lower down the pencil into the water bottle on the floor. When doing this, they are not allowed to use their hands.

This challenge is a great way to encourage your team to break the ice, share laughs, and learn to achieve goals together. Teammates will learn communication and how to work together smoothly, because they will be tied together, back to back, and challenged to lower a pencil into a bottle of water.

This team-building game requires between 5-20 participants, a long piece of rope tied together, and a blindfold for each participant.

Everyone is made to stand in a circle, holding a piece of a rope. Each person is then blindfolded and ask to set their string on the floor. Everyone then walks a short distance away from the circle and then ask to step back and attempt to form a square with the rope, and with their blindfold still on. You can set a time limit to make the game more competitive.

The scavenger hunt is a popular team building game. Requirements include two groups of participants, pen, and paper. You make a list of goofy task for each team. Activities such as taking a selfie with a stranger, taking pictures of buildings or object around the workplace is a great idea.

Along with a deadline for completing the task, you give the list to each group. The group that achieves the highest number of mission within a short period wins the game. To spice things up, you can come up with a point system, depending on task difficulty.

This game encourages team bonding and can serve as a means for breaking up office cliques by encouraging people to work together from other teams, social circle, and departments.

This a great indoor team building game. Before a meeting begins, each participant walks around sharing their proposed contribution to the conference with many persons possible. You can offer a prize to the person who shares with the highest number of people. You can also provide another reward for the person who contributes what they shared.

This team-building game requires two or more small groups and assorted office supplies. You separate everyone into groups of 3-5 people each. Give each group an uncooked egg. Place the supplies in a pile. A contraption is built around the egg using the supplies, that will prevent the egg from breaking when dropped.

These team building game can serve as a source of inspiration and motivation to build a more successful company. It could also serve as a means for attracting the best talents and also retaining them. It goes further to make a good reputation and therefore, could attract lots of investors and customers alike.

In summary, team building games and specially planned activities not only boost the morale of employees, but it can also increase the success of your business. It might prove challenging to choose what game would perfectly fit your workforce. Just because you start with one game doesn’t mean you’ll stay there forever. Try different games and different strategies and find what suits your company’s growth personally. It is better to have a fair idea of the top games available, and this list will be of great importance.

Snehil Prakash is the Digital Marketer at CuteHR. In addition to marketing, he takes an interest in human resource management, business management, innovation, and startups. He's all about reading, good coffee, and music.

15 Signs of a Toxic Work Environment 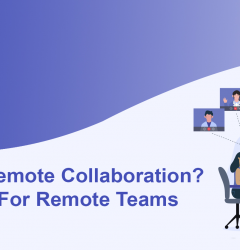 What Is Remote Collaboration? – A Guide For 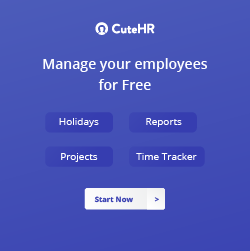 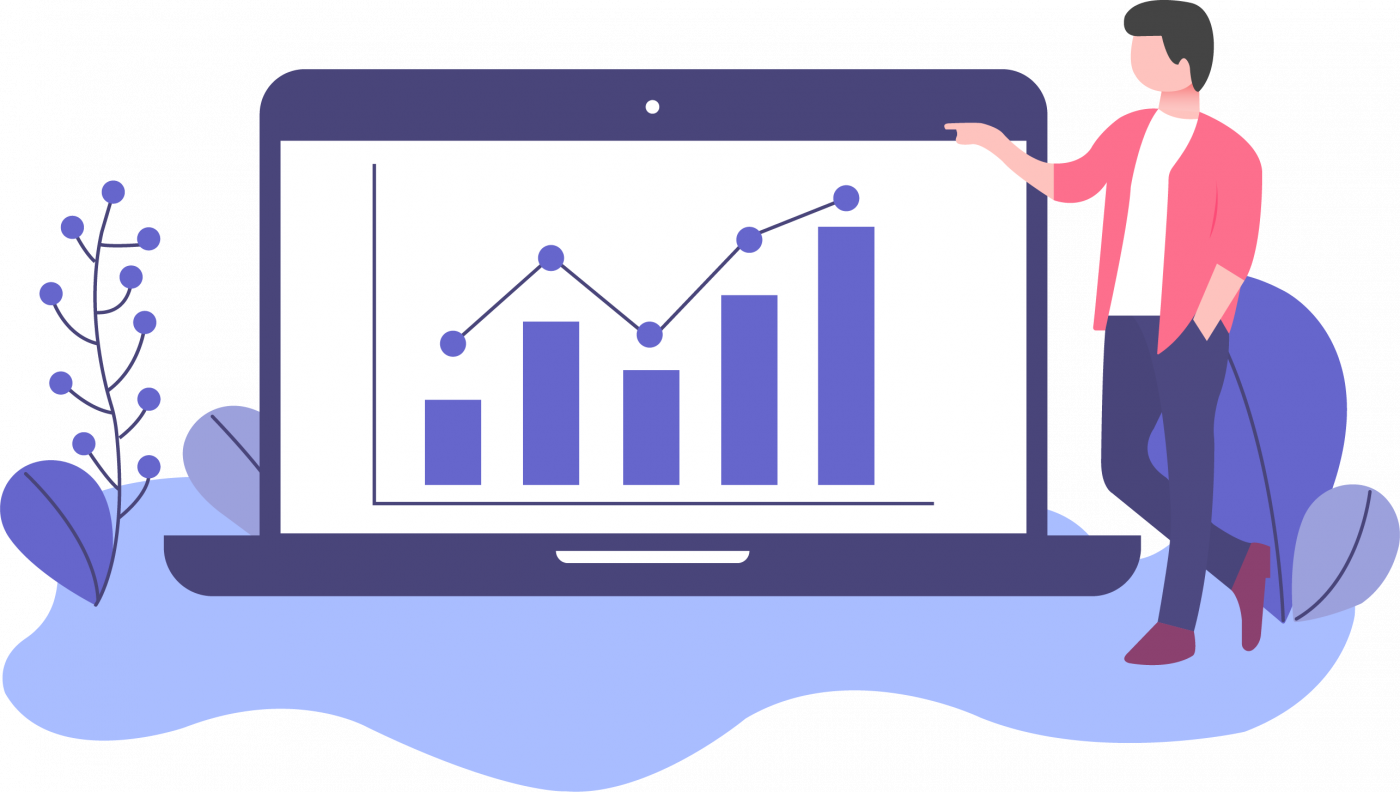